5 Signs You Should Learn More About Campaign Finance Reform 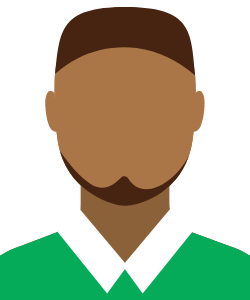 Whether or not you are someone who likes to talk politics, we really encourage you to give this blog a chance. Yes, it is about politics, but we aim to write articles that are informational and educational. Some of the articles are more about government than politics, too. Although talking about politics can get tense at times, it is something that we should all do from time to time. After all, we have to vote in order to choose our government officials, and the better informed we are about various political issues, the better job we can do as voters.

5 Signs You Should Learn More About Campaign Finance Reform

If you pay attention to politics, you've probably heard the buzzphrase "campaign finance reform". You may have a knee-jerk reaction for or against this concept depending on what side of the fence you are on. But if you don't know a lot about this issue, you may not be sure if you actually support it.

Here are five signs that you should care about campaign finance reform and consider making a donation.

1. You believe that money provides an unfair advantage in politics.

Regardless of what political party you belong to, do you think that money provides a clear advantage in politics? In other words, do you think there's a reality where the person who has the best-funded campaign is the most likely to win?

If so, do you think that's fair? If you answered yes to the above questions and no to this question, you should look more into campaign finance reform.

If money controls politics, then the people or businesses with the money control politics. You might be comfortable with this. You might think that if these people and businesses have been successful enough to make all their money, they should have an extra say in the government.

To other people, this may sound like the beginning of an oligarchy. If you don't want big businesses and the rich to have an extra say or more control than other people, you should get involved in campaign finance reform. Make a donation or call someone about volunteering.

3. You think there should be fair and consistent contribution limits.

There are contribution limits to individual campaigns, but fundraisers are able to get around this through loopholes in the law.

The loopholes allow people and businesses to make unlimited contributions to groups like Super PACS. If you think that the government needs to close these loopholes and make contributions rules fair and consistent, you should look more into this political issue.

4. You think that political races should be state-funded.

Some people want to go a step further and have state-funded races. This option exists all over the world, and it can work in slightly different ways. Typically, the candidate must get enough signatures to get on the ballot.

Then, the government gives each candidate a set amount of money to run a campaign. Not everyone who believes in campaign finance reform supports this particular method. But if this sounds appealing to you, that means you should learn more about this issue.

5. You think something needs to change about campaign finance.

Have a concern about campaigns and funding that's not listed above? Then, it's time to dig in, learn more about this issue, and figure out what you think.